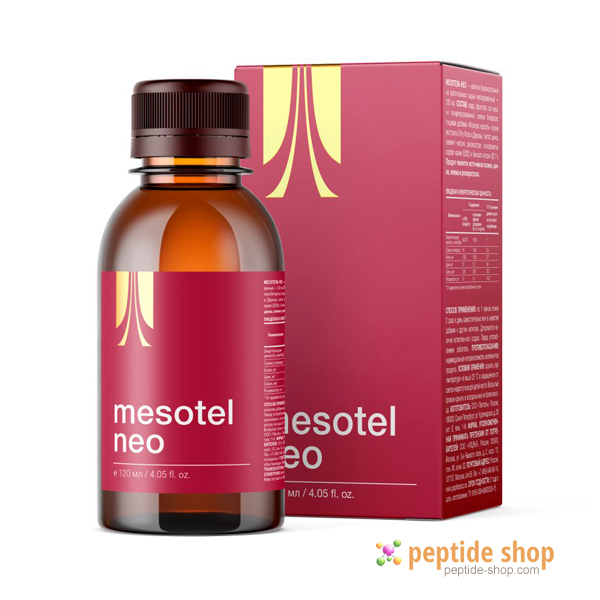 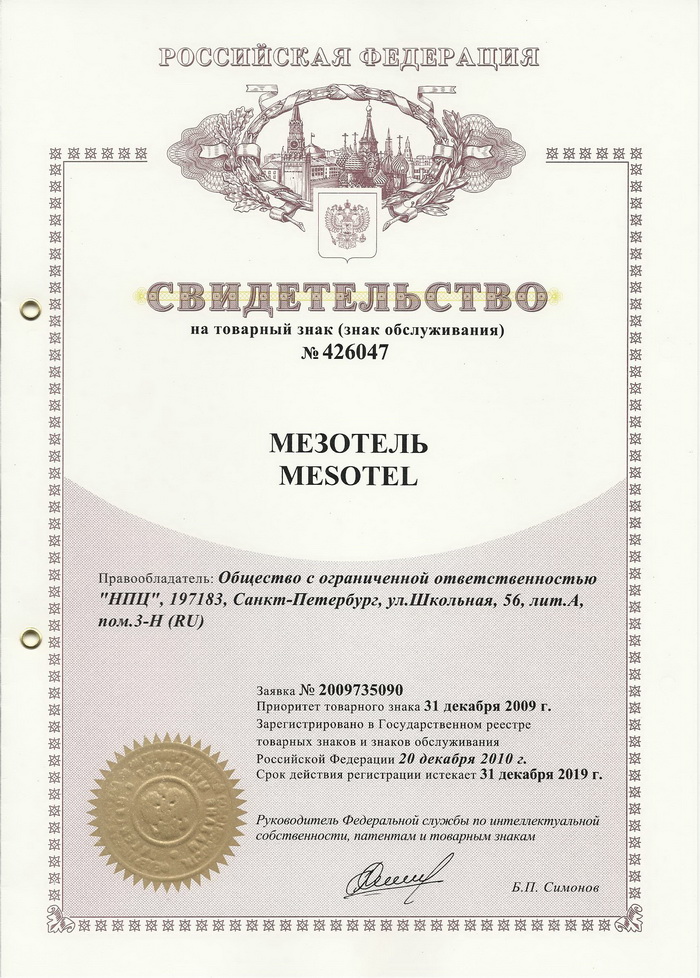 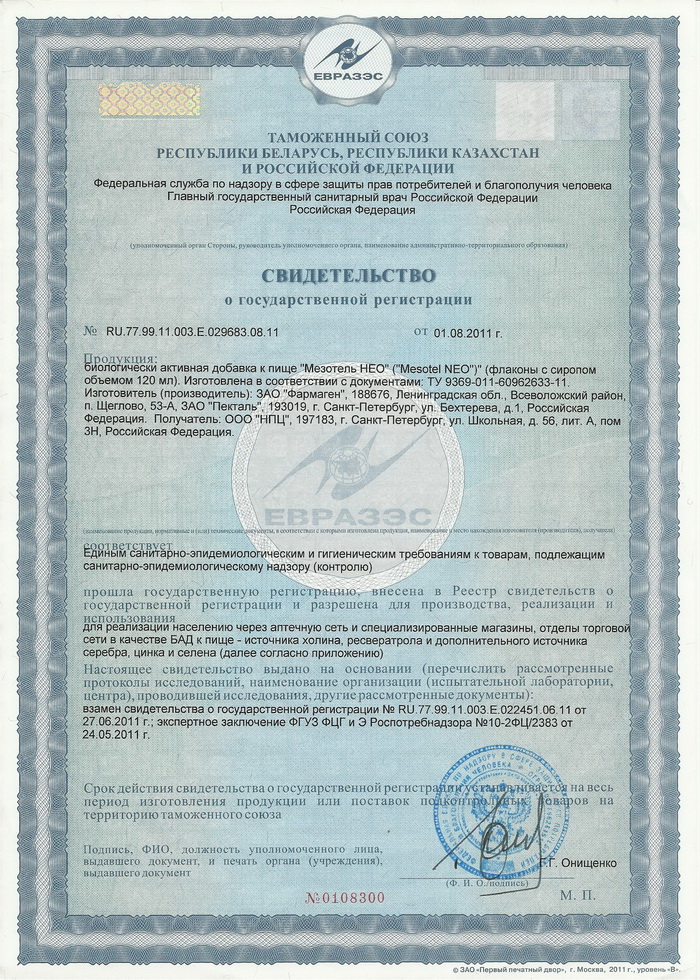 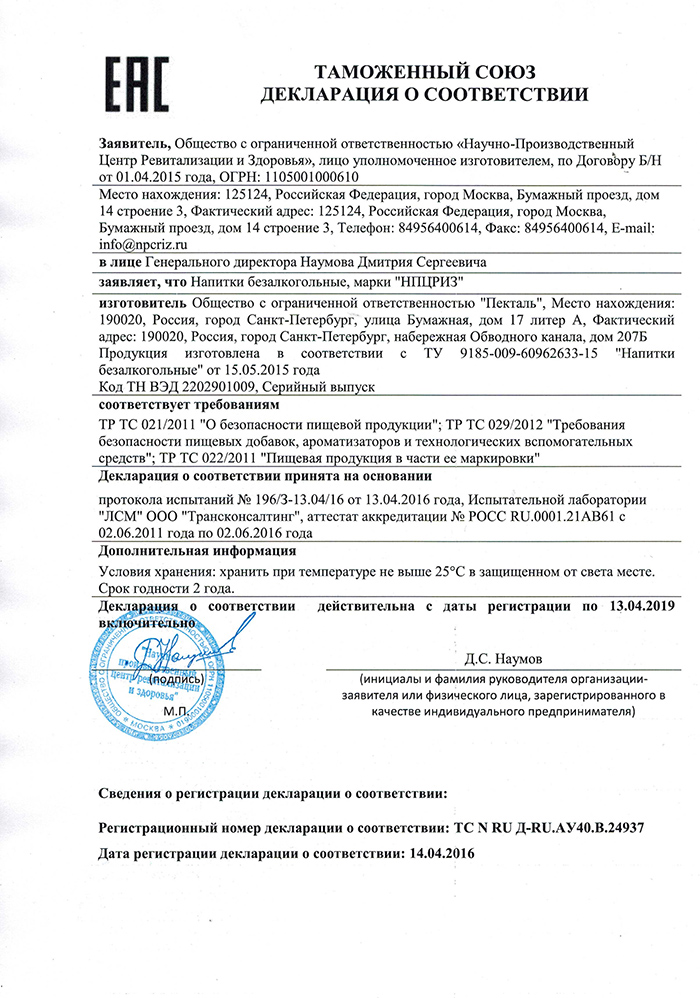 As many of you may know, that Peptides does not only produce natural bioregulators but also other products based on the same level. One of the most popular products are Mesotels based on holin,gotu kola and boxthorn. Such products were produced for improvement of the immune system, nervous system and prevention of the premature ageing. At the St. Petersburg University of Bioregulation and Gerontology doctors and health specialists came up with the idea of strictly observing patients who were consuming Mesotels. After 6 months of observations the results came up amazing! Patients in age group between 55-65 showed a great improvement in memory, increase of 18% in melatonin level-which means slowing down of the ageing processes, strengthening of the immune system and increase of anti-oxidant levels. Such results, once again have showed that Mesotels are one of the best products after natural peptides. The Doctors of the Institute have concluded the following: «none of the products which we have worked with have showed such fantastic results as Mesotels».

It is a basic way of revitalization.

Adults and children over 14 years old: 1 teaspoon (5.2 g) 1-2 times a day during meals. Course duration is 1 month. If necessary, the course can be repeated. Shake well before use.

Recommended as a source of choline, an additional source of resveratrol,zinc and selenium.

* From an adequate level of consumption per day.

In nature, there are many substances that can significantly increase the energy potential of nerve cells, and hence the activity of the brain. All of these substances have in common one thing: in human body they are converted into acetylcholine and increase production to stimulate the central nervous system, ie, promotes more intensive intercellular nerve impulses.

These substances are the only officially registered and approved for domestic use in Russia followers of acetylcholine: Choline bitartrate - the main active component in the line of basic products for revitalization: Mesotel, Mesotel Beauty, Mesotel Neo.

The most remarkable effect of its application is the ability to improve memory and enhance cognitive (cognitive) function of the brain, which is largely dependent on the age-sharing acetylcholine in cells of the central nervous system. Thanks to its nature choline and its offspring are widely recognized around the world in nutricology which fill up the shortage of acetylcholine, improve blood supply in the brain that helps to cope with high intellectual challenges to facilitate the learning process, increases the resistance of the brain of the extreme factors effects that increase the capacity for concentration.

The main purpose of nutricology for healthy people – is to prevent disorders provoked by stress which lead to misbalance of the central nervous system. An important effect of substances with nutricological purposes - regulation of the hypothalamus, which is responsible for the entire hormonal system.

A distinctive feature of choline and its derivatives is the ability of the cells to remove lipofuscin, ballast aging pigment, whose accumulation in the cells causes accelerated aging.

Thus, choline has a rejuvenating effect on the cellular level and it slows down the aging process. Regular studies of the effectiveness of acetylcholine precursors which are held for more than 35 years show that the recovery of the age of acetylcholine deficiency can increase life expectancy by 20-25%. In addition, choline is an inhibitor of free radicals.

Resveratrol (3,5,4-trigidrostilben) - a phytoalexin, one of the major components of the extract of red wine. White grapes and white wines contain little resveratrol. Like all polyphenols, resveratrol - a powerful antioxidant activity which is superior to vitamin E. Resveratrol exhibits estrogenic activity by binding to the same receptors as estradiol, one of the main human estrogen. In contrast to estradiol and dietilstilbestrona that accelerate the development of a number of hormone-dependent tumors and the excess of which is associated with an increased risk of developing breast cancer, resveratrol exhibits multifaceted antitumor effect. Experiments show that it inhibits ribonucleotide reductase and inhibit DNA synthesis mammals by blocking directly tumor cell multiplication. Another mechanism of antitumor action of resveratrol is its competition with estradiol for binding sites on the receptor, which reduces the stimulating effect of estradiol on cell hormone dependent tumors.Like all the phytoestrogens, resveratrol may reduce the risk of osteoporosis, which is often caused by a drop in estrogen levels in women during menopause. The same beneficial effect of resveratrol on the skin by stimulating the synthesis of collagen and preventing it from cross-linking. This effect is explained by the combined antioxidant and estrogenic effects resveratrol.
Experimental study received and cardioprotective properties of red wine. It was found that the grape juice and red wine making low density lipoproteins extremely resistant to oxidation under conditions in vitro. Since the oxidation of low density lipoproteins in the blood is a major cause of atherosclerosis, grape polyphenols to prevent such oxidation, significantly reduce the risk of cardiovascular diseases.
Resveratrol - a regulator of fat metabolism in the body. Atherosclerosis of blood vessels associated with the intake of fat food, their absorption in the gastrointestinal tract, the concentration of lipid (cholesterol and triglyceride) in blood plasma deposition and penetration of products of oxidation of lipoprotein (fat + protein) in the blood vessel wall, followed by adhesion of platelets and plaque formation. This leads to a narrowing of the lumen of blood vessels of the heart muscle, brain and other

Gotu kola or gotu kola is considered one of the most powerful anti-aging plants. It is shown in premature aging, hair loss, chronic and intractable skin diseases, sexually transmitted diseases. This plant is native Indian, and perhaps most important in Ayurvedic medicine. Brahmi - the main means to promote and strengthen the nerve and brain cells. This herb increases intelligence, improves memory, increases life expectancy, slows aging and gives strength in old age. The rejuvenating effect of gotu kola is related to the presence in its structure of biopolymers, potent stimulators of tissue regeneration. Furthermore, gotu kola strengthens the immune and endocrine systems. At the same time it is - a strong blood-purifying agent with a specific action for chronic skin diseases, including leprosy and syphilis, eczema and psoriasis. Remove various skin rashes. Among women's diseases eliminates whites and pain in the uterus. Brahmi is effective in intermittent and recurrent fevers such as malaria.

The concentration of beta-carotene in wolfberry berries than in carrots, and protein is higher than in the royal jelly.

The berries wolfberry improve immunity, reduce the acidity in the blood, prevent the development of malignant tumors, improve mood, relieve fatigue. Besides Boxthorn has a strong antioxidant effect and slows aging.

Numerous studies show that wolfberry fruit to increase the level of education of white blood cells, improve the function of macrophages, phagocytes animals. Boosts production of antibodies in response to an antigen (SRBC) tumor cells, thereby increasing the immune response. Eating berries wolfberry, older people can improve health, increase the oxygen content in the blood. With no side effects, wolfberry extract helps seniors improve sleep, improve health. Also, clinical studies have shown that wolfberry fruit lower cholesterol and increase the content of phospholipids, proteins enrich and strengthen the membrane of cells, promote the growth and regeneration of cells.

If any of the trace element can be called vital and rejuvenating, it is his. Root hormones of the body - testosterone, growth hormone, insulin and insulin-like growth factor 1 (IGF-1) - can not exist without it. In most reactions involving these hormones zinc is used as enzyme activator. Total it activates more than 200 enzymes. Zinc strengthens the immune system, increasing resistance to disease, and also works as an antioxidant. It is required for sperm production and synthesis of testosterone. Its concentration in the prostate more than in any other organ. Zinc is necessary for normal metabolism of vitamin A. When it greatly hampered by lack of zinc metabolism of proteins and insulin production. In addition, zinc is necessary for peptides, DNA and cell division. By participating in the reactions of the enzyme superoxide dismutase (SOD), zinc protects cells from the damaging effects of free radicals.

When zinc deficiency thymus, where T cells mature, employees protection against a variety of illnesses and tumors immediately lowers their productivity. One of the main reasons for the weakening of the immune system that, without an adequate supply of zinc in the blood level of cortisol rises. Cortisol, a hormone produced by the adrenal glands, is known for its suppressive effect on the immune system. Zinc is essential for the synthesis and release of growth hormone. The pituitary gland is the largest storage of zinc in the body. Zinc deficiency reduces the level of IGF-1, a factor regulating the growth and renewal.

Selenium is a potent immunostimulant and static cancer agent having a broad spectrum of effects on our health. This trace mineral enhances the immune defense organism against viruses and other pathogens. No other mineral which would be as vital for the antioxidant systems of the organism (glutathione peroxidase). Selenium is also used to treat cardiac arrhythmias, thyroid disorders, reproductive system, and rheumatoid arthritis. 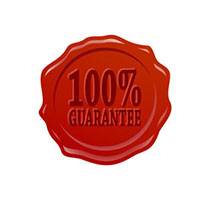